Bitcoin Press Release: The Coingaming Group has announced a partnership with the TRON Foundation, adding support for the TRX cryptocurrency onto its sites, whilst giving away 1 Million TRX to latest Sportsbet competition winner.

November 6th, 2019, Tallinn, Estonia  – The Coingaming Group has agreed on a partnership with the TRON Foundation, the non-profit organization behind the popular cryptocurrency TRX, welcoming the TRON community to use the currency for the first time with the leading brands in the crypto gaming space – Bitcasino.io and Sportsbet.io.

TRON transactions happen almost instantly and without any fees, making it a perfect match for the fun, fast and fair gaming experience provided by the Coingaming Group’s customer-centric gaming brands.

Bitcasino.io and Sportsbet.io users can now enjoy some of the lowest entry levels in the industry via TRX, bringing world-class gaming to an even wider audience. With a minimum deposit of just 100 TRX (around €1.80) and no transaction fees, it is cheaper and easier than ever before to play and bet with TRON, which has already gained popularity as the ultimate gaming coin.

Tim Heath, CEO of the Coingaming Group, voiced his thoughts on the new partnership, stating:

“We always work hard to put our customers at the center of the universe, and by adding TRX gaming we are once again at the cutting edge of what is possible in this space. We are particularly excited to offer a low minimum deposit threshold and zero transaction fees, ensuring Bitcasino.io and Sportsbet.io gaming can be enjoyed by even more players for the first time.”

“The TRON community is one of the most engaged, forward-thinking and dynamic in the cryptocurrency world. It is also passionate about gaming, so this is a great opportunity to introduce TRX holders to the fun, fast and fair world of the Coingaming Group brands. We are certain they will enjoy the ride.”

Games from some of the industry-leading game providers – including OneTouch, Evolution Gaming, GameArt, and Kalamba – now offer native TRON play, meaning Bitcasino users can wager directly in TRX without the need for in-game currency conversions.

“One of the TRON Foundation’s core missions is to support growth by providing engaging, real-world use cases for TRX. We’ve been aware of the market-leading gaming brands operated by the Coingaming Group for some time now; Bitcasino.io and Sportsbet.io are fantastic examples of what is possible when crypto-led products put the customer above everything else.

“It is genuinely thrilling to see another world-class brand open its doors to the TRX community.”

Meanwhile, Sportsbet.io has already given away a massive 1 million TRX to celebrate the launch through its nail-biting ‘Last Man Standing’ competition, which saw the ultimate winner successfully predict seven correct outcomes. 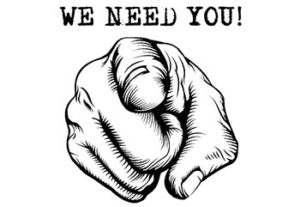